Better late than never, this is an attempt to finish our Grand Tour blogs before the anniversary of our departure rolls around. 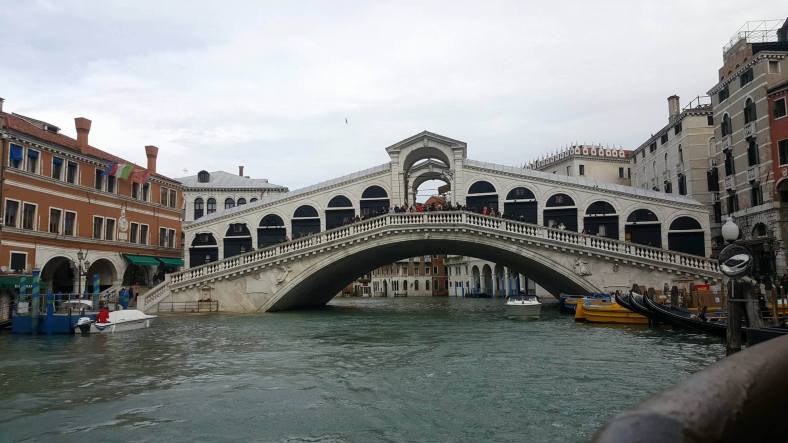 Determined to make the most of our limited time there, we made a bee line for the information desk at the immaculately clean railway station and went about booking a gondola trip and the final leg of Train Day. 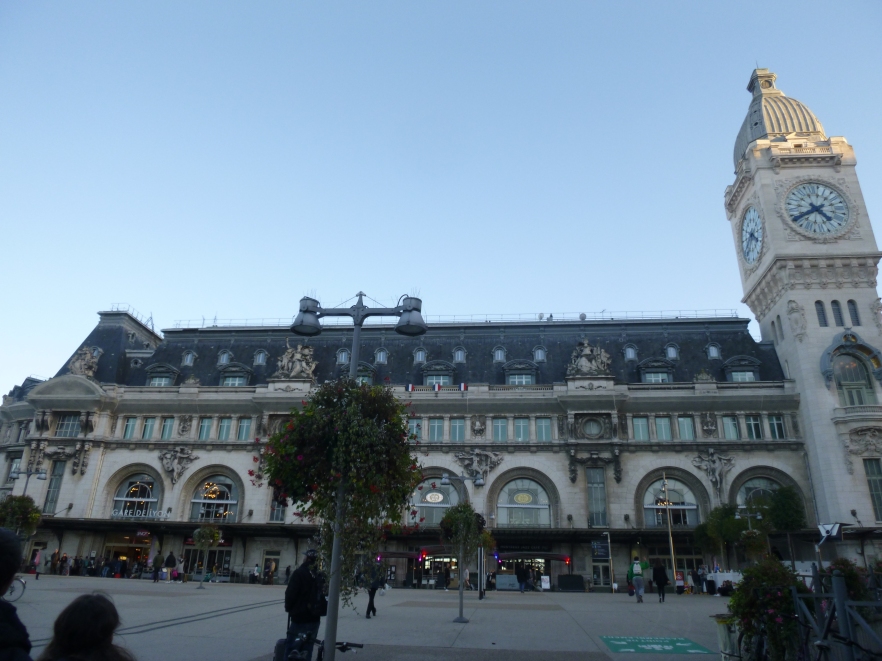 Initially, the lady behind the desk was a tad dismissive and impatient; thankfully a call from her mother put paid to that. Mama wasn’t getting off the phone until she got her story across, no matter how hard her daughter tried to cut it short.

“Mum’s,” The Goat Herd shrugged in response to her red-faced explanation.

“Keeping you human since forever,” this Mum felt honour-bound to add.

First up, we all needed food and fast. While still at home, we had taken a vow to avoid any pasta or pizza meals until we were officially on Italian soil; This was so worth while. The restaurant we found was happy to fire up the ovens a little bit early for the raggle-taggle, sleepy-eyed bunch of Kiwis with the odd grip on their mother-tongue.

“What’s grit sauce?” The Princess looked up from her menu to inquire. Grit sauce? We all checked our own menus, the English version as the waiter had insisted. Whatever it was, they were serving it with tiles. There was nothing else for it, we would need to ask. Poor Giovanni was confused; he thought we spoke English in our country. We gently explained we did, but had never heard of that sort of sauce before; maybe if he just told us what its ingredients were we could….conversation was interrupted by a barrage of Italian from behind the bar. The words “grit sauce” stood ugly in Giovanni’s otherwise lyrical response. The reply from behind the bar was long and slightly grumpy sounding but contained the magic word Carbonara and led to us insisting on menus in the original for the rest of our Italian sojourn. Some words are universal. The carbonara was sublime; the bolognaise like nothing ever before sampled bearing that name. It was the first of many meals that we will remember forever and proof undeniable that whilst our family tree may say otherwise, our sense of taste is definitely Italian. 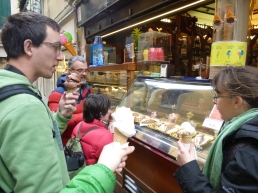 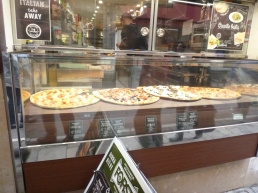 Fully restored, we set off to explore. 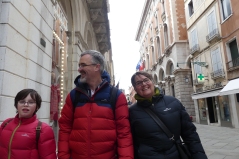 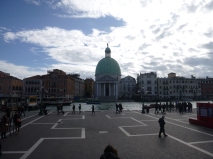 Riding water taxis, checking out the fancy schmancy shops, and spending a few euro at the markets 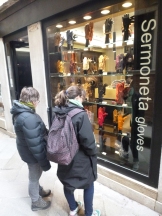 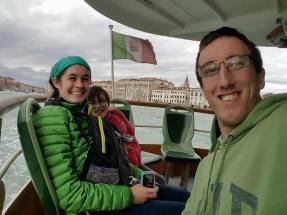 before we undertook our real reason for visiting

Not wanting to break the illusion, I feel the rest of the world deserves a heads-up regarding these rides. Think Venice and you think of gondolas; sometimes your imagination may add a crooning gondolier, a commentary perhaps, whatever else, a Venetian experience. For us, while there is no doubt we got bob around those famous canals in a pretty gondola, the gondolier and his colleagues were a little bit of a disappointment. Until we took it upon ourselves to harangue him ever so slightly, the only words from him were to chastise one of us (in very strong, universal language) for standing on the seat as we stepped, unaided, into the boat. Throughout the (pretty pricey) half hour cruise, when he wasn’t muttering as he negotiated the narrow waterways, he was either talking or texting on his cell phone, breaking off only to exchange loud, lewd (one of our group ensured she had a working knowledge of Italian before we departed) comments with his similarly occupied fellow gondoliers. He could answer none of our questions and only smiled for a camera when a tip was mentioned. In short, while we are glad we shelled out the many, many euros for the boat trip, it could have been so very much more.