It’s been a while.

It seems I was the only Homesteader who followed the instruction to say “Merry Christmas” ~ Our very messy annual Boxing Day Breakfast – complete with store-bought, treat beverages.

Between the Christmas Crazies, adjusting to having a shift worker in the mix, and the beach being way too beguiling during the time I would usually enter the blogosphere, from you we have been absent this Yuletide. We’re hoping you noticed…just a little.

As a group, we tend to shun the manic build-up to the Season of Goodwill but there was still a little shopping to be done in order to maintain that Christmas magic and a handful of well-chosen End of Year events to attend. That the majority of gifts under the tree this year reflected the fast-approaching Union Homestead (bit of the) World Tour, excitement and anticipation is now bubbling away nicely. 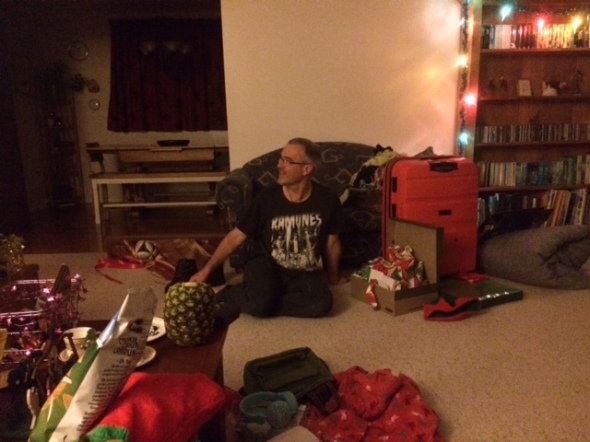 Today, as we enjoyed our traditional New Year Brunch at Salt on the Pier (who have thankfully rethought the mushroom-in-every-meal menu – some of us think that a little yuk) the realisation that this time next year our trip will be done and dusted prompted a second round and a very large, collective smile. That was followed very quickly by a flurry of so much to do, so little time but we quickly put that thought aside.The Homestead is slowly getting used to The Farmer’s  change of work hours. Having someone who disappears to work just as you’re putting your feet up, grabbing your knitting or whittling or whatever, and contemplating what we have saved for our viewing pleasure seemed very odd for a while. Conversely, having someone around during the day who can effortlessly reach the top shelf in the pantry, carry two feedbags at a time, and skillfully administer the required deworming/defleaing/de-other-nasties to our lovely but stroppy menagerie is wonderful.

We’ll just make do for a while

Thanks to the dosing, sunshine and their general forgiving natures, the menagerie are all exceedingly fit and well. We had thought the chickens had followed the Misses Felicity, Gwen and Hilda ducky lead and stopped laying but a new egg-hidey hole was located and our aioli supply is once again assured. In the paddock, Geraldine is back to full fitness and, along with Leia, is getting just a little fed up with the baby bloke-goats shenanigans as they teeter along that fine line of delightfully cute and seriously irritating. 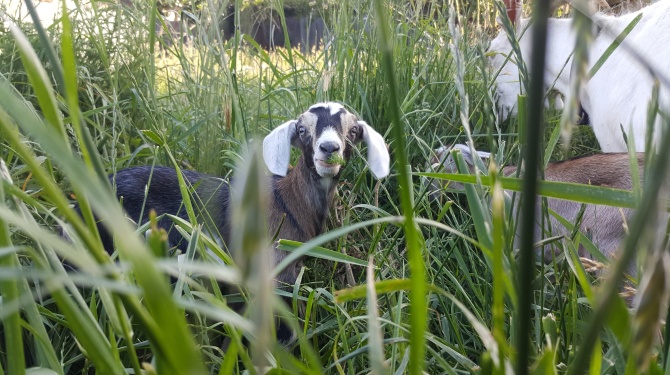 And in the lead-up to Christmas, the garden started to look like we might have a handle on what we’re doing, too.

So, into Yuletide we launched with the added treat of The Dover Division making the trek south to enjoy it with us.

Gorgeous Nieces all grown up – can you spot the family likeness?!

Getting filled to the top with Joy to the World was made easy by taking part in the Carol Service in New Brighton, 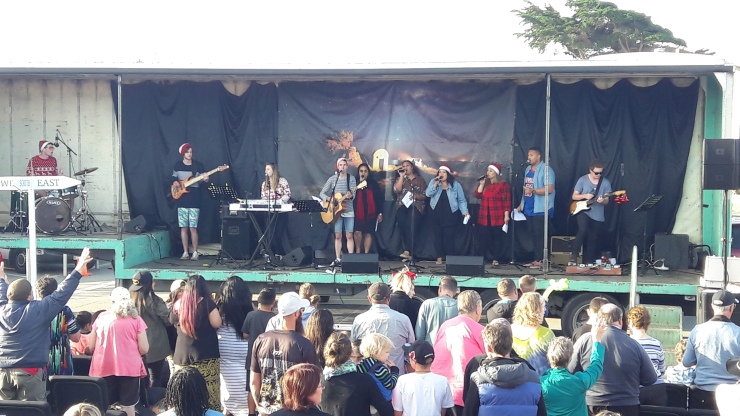 And a break in tradition saw us being woken by The Farmer’s idea of Santa’s voice (downright scary) on his return from work in the very early hours of Christmas Day. Being the new kid at work means working when no one else wants to, but we found a way around him missing out.

Over the next few days I promise to catch up on all your Christmas fun. Thanks for wading through this catch up and all the very best of everything in 2017 from all of us at