Four day weeks, like the one we’ve just made our way through (Show Week), are strange phenomena. You spend a great deal of time looking forward to having an extra day off but generally you end up spending the holiday recovering from the effort required to condense your normal week’s activities. To begin with, this was never going to be a normal Homestead week anyway.

Firstly, The Renovator had an overnight school camp at the iconic Living Springs. Room Nine joined with all the other Year Four classes from School for a couple of action packed days which, if their teacher’s homecoming state was anything to go by, fairly taxed their reserves both physical and mental.

While we older Homesteaders struggle with the concept of school camp for eight year olds (this much anticipated treat was only opened to those in their final two primary school years “in our day”) there is no doubt it was fun for all – except for when it came to bed time and home seemed a very long way away. That’s where technology comes into its own; nothing like a well worded text from Mum to settle the homesick.

The Farmer also spent the short week in preparation for a break away; his annual “Weekend at Trains”, where he spends three days living and breathing his preoccupation with trains in general. It is fair to say that this is a fascination the rest of The Homestead doesn’t share, but no one would dream of standing in the way of the undiluted joy he derives from his annual railroad retreat.

Farm Girl had a day out of her own, spending all day Tuesday making music with her friends at her BLENNZ (Blind and Low Vision Education Network, New Zealand) music group, preparing for their end of year concert. To say she loves this group, which usually only meets for an hour a week, is an understatement and it was well worth trekking to and from during peak traffic (times two) for the joy she receives from nailing yet another recorder/marimba/percussion solo. 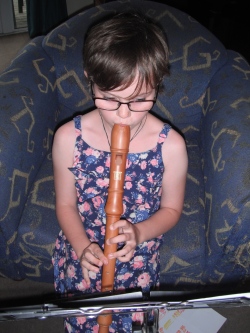 The Goat Herd and Milk Maid, when they weren’t involved in the pre-milking hoof trimming regime or other associated animal tending, spent their days finishing the kitchen cabinet install. This was scary stuff and well out of our comfort zone, but it had to be done we are ones to embrace the often worded mantra of The Goat Herd’s hero, Guy Martin, and measure twice, cut once. He doesn’t mention throwing a great number of tantrums, shouting at each other or dissolving in piles of tears at undercut end panels, but it seems to work for us and the kitchen is now ready for another visit from Daryl the Plumber.

In fact, the only Homesteader to have a bog standard week was The Bean Counter, and even then there was the hint of a possible all-nighter. Luckily he was able to call in a couple of favours and it didn’t eventuate; a sleep deprived Bean Counter is not a pretty sight.

So that’s been our week; five days squashed into four, and with a bit of excitement for all. 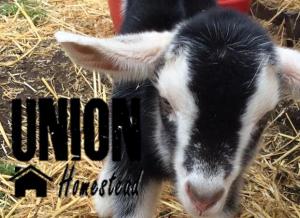