It’s well over a month since our last blog. We’ve got lots to catch you up on.

Kiki, our most air-headed coop resident, decided it was time to bust the stigma and do the Mum thing for real. Studiously, she stockpiled seven eggs, protecting them fiercely and barely moved off the nest for the three week gestation. We were all becoming a little concerned for her as she became more and more bedraggled in her efforts to incubate herself a family. Sadly, once number one child (who we think may be a hen but the jury’s still out) emerged she was so besotted she lost all big picture thoughts, moved her chick and herself to a swankier address and forgot the other six who never saw the light of day. 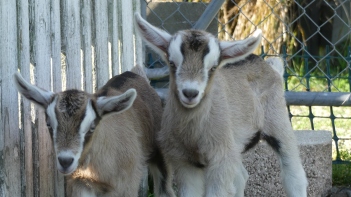 On the other side of the driveway, just when we began to wonder whether it was ever going to happen, Miss Marilyn very quietly and unceremoniously delivered Homestead babies three and four. Her mothering techniques are a little haphazard. but Aunties Leia and Geraldine are happy to step in with all bar feeding duties. Speaking of which, we once again have goat milk in our morning coffee…but not too much as Juliet and her unnamed brother still have first dibs. 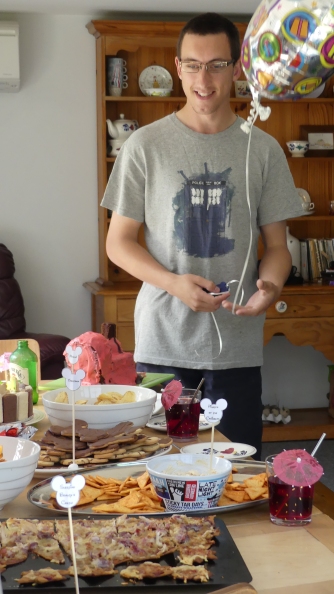 And The Goat Herd got a ladies tea party, complete with pink, flowery cog cake – she is an engineer, after all

A Disney themed party for The Farmer, complete with a birthday balloon as he so coveted Farm Girl’s one, and a ladies morning tea with pink, flowery cog cake because, at the end of the day, The Goat Herd is an engineer 🙂

The weather has picked up, and with that the seasonal chores just keep popping up. We’re now on the list for the local hay maker (baleage was just a little scary to tackle first up), we’re half way through another round of the perpetual garden clock, the vegetable garden is looking like it may produce something useful soon, we’re exploring affordable house insulation ideas for next winter, and we finally sorted out having the septic tank emptied. How rural-folk are we?!

We even set aside some time to ponder some Sage Words,

a rather hurried affair as our lives have become very busy and our Sage had an overseas jaunt planned. 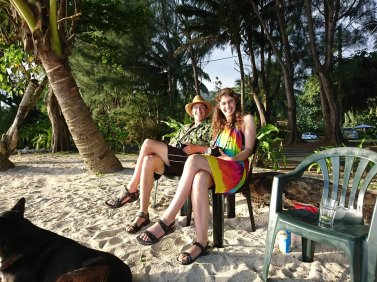 To Rarotonga, Cook Islands, with the residents of The Kingdom of Melton (West) to celebrate their Queen’s landmark birthday.

A Belated Happy Birthday to our favourite landlady and undisputed monarch

The words mark a collective mindshift for us. No longer are we socially challenged! The way we see it, the word “friends” has become a little sullied. Real friends aren’t measured in facebook likes or party invitations; it’s a quality rather than a quantity thing and just lately it’s become very apparent that we on the Homestead are hugely blessed with that select bunch of folk we move through our lives with.