Newcastle Upon Tyne; Northumberland; The North East. This is a place that makes no excuses; it is what it is and they don’t care whether you like them or not. Well, that’s what they say, but Geordies are such lovely folk and you just know that inside they really want you to love it here as much as they do.

As we trundled up the motorway from York, we suddenly remembered a “Point of Interest” (as UKDave, our SatNav, refers to them) and made a short detour to take in Middlesborough’s Transporter Bridge. 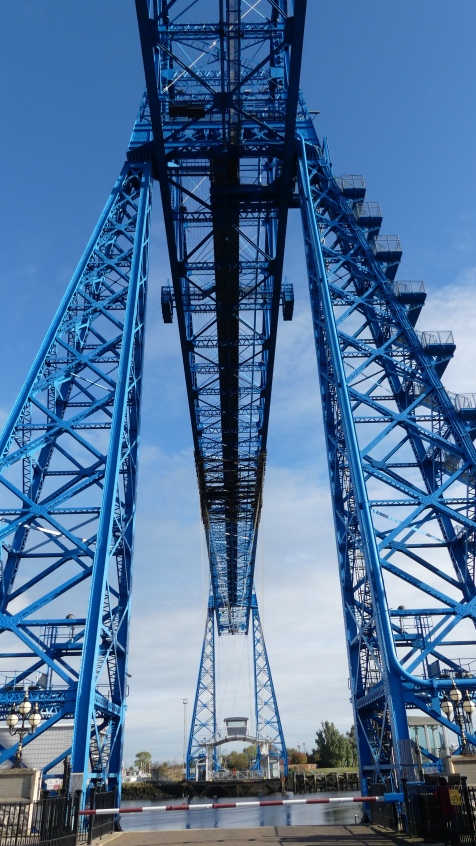 “It got sold to The States, but me and the boys went out and got it back only they didn’t film that bit” ~ Bridge Worker, when we mentioned Auf Weidersehen, Pet was the reason we were there

We had just one more stop along our trail

The Angel of the North – we think she’s beautiful

before seeking out our accommodation for the next four nights and then spending the afternoon snoozing, exploring, train-and-wildlife spotting and playing in the games room (our accommodation is a bit flash). York had left us a little exhausted.

But the next morning, bright-eyed and bouncy of step, we were ready for our next adventure. First stop was to check out Northumberlandia, The Lady of the North. 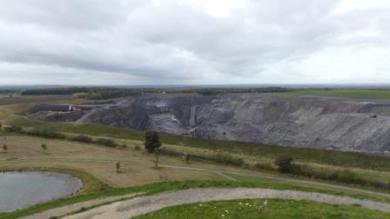 We felt incredibly privileged to have the lady entirely to ourselves and spent ages in the biting wind looking from the beautiful human form sculpture on one side, to the busy Shotton surface coal mine on the other. From what we can gather, she is not everyone’s cup of tea but she get’s our vote.

Then it was off to Ouseburn Farm. This is a working farm with poultry, sheep, pigs and cows, less than two miles from Newcastle city centre and we loved (it despite the absence of any goats). The cafe sells the best bacon sarnies we’ve ever tasted (from their own animals), they’re passionate about what they do, we could have yakked to them all day… 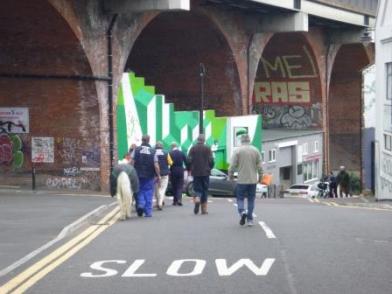 and did we say they’re right in the middle of Newcastle!

After spending the afternoon trotting around the sights

we then headed for the place The Bean Counter and Milk Maid remember so fondly from their first UK visit: Whitley Bay.

A grand time was spent playing arcade games, enjoying a fish  supper, and finishing up with ice creams on the prom – because, at heart,  we Homesteaders do love to be beside the seaside.

16 thoughts on “Around and about The Toon”