This week saw the official beginning of the new school year.

For The Renovator that meant earlier mornings, grown up clothes, and getting used to a new regime as this year he is collaboratively teaching; one of three teachers (the other two job share) in one large space charged with “shovin’ learnin'” into 40 young minds. This year the young minds are just that much younger as he has moved down the school to teach Year Two (five to seven year olds) and he’s loving being among folk for whom magic is still unquestioned and he could spend the week playing dragons. 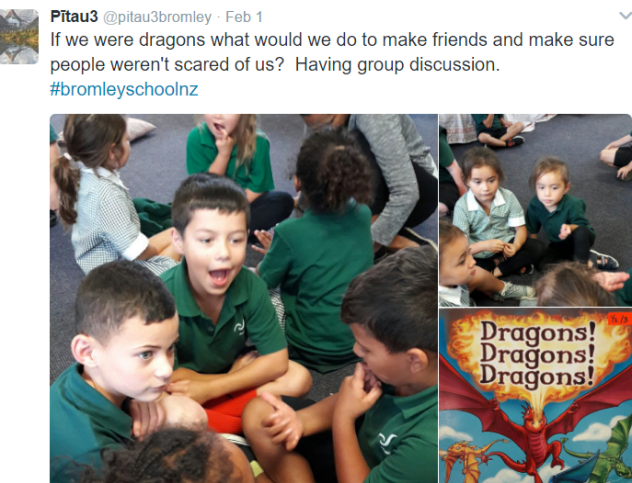 For Farm Girl and the Union Homestead School of Colourful Thinkers faculty it was more about getting back in the saddle and just doing it; doing it all, that is, in a mindful manner so that the animals are happy, vegetables tended, and household chores completed alongside the learning. It was all going swimmingly, too, as we discovered together just how wondrously massive the Pacific Ocean is. That the waves rolling onto the beach 300 metres from the Homestead gate are from the same body of water lapping Russia and Cambodia, Peru and Japan, USA, Kiribati, Honduras, and Canada to name but a few seems magical and unreal. A sort of geographical six degrees of separation. How our eyes glittered at the thought. 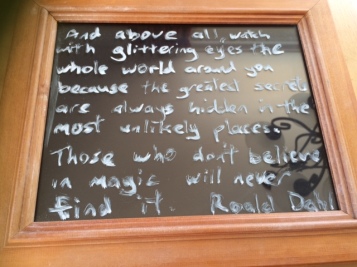 Unfortunately, they glittered for a little too long, the glint prolonged by a fever that some nasty bug or other insinuated into our realm. That could have been the end of the magic for a while… 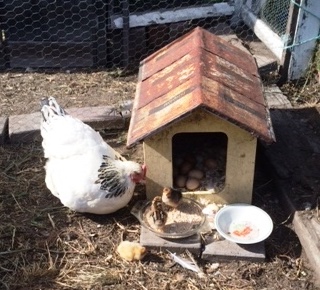 but the ticking, life time-bombs Sylvia has been tending reached the end of their fuse and, as we grumbled and groaned and cursed fevers that occur in the heat of summer, a little cute, chicken magic happened in our own backyard.

It was The Bean Counter’s turn as Sage this week. He served up Roald Dahl’s words with sprinkle of fairy dust in the form of Paul Hollywood’s Iced Fingers. 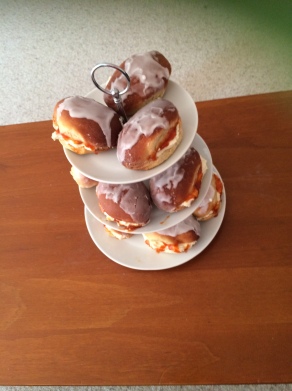