We were a bit naive and the tour toute was a bit sharp; there was no way the two different tours were going to arrive back at the hauptbahnhof “within moments of each other”, but it wasn’t the end of the world. While three of us were only just reaching the castle, the remaining Homesteader’s tour was done and dusted and they were ready for lunch and a bit of a nosy around. 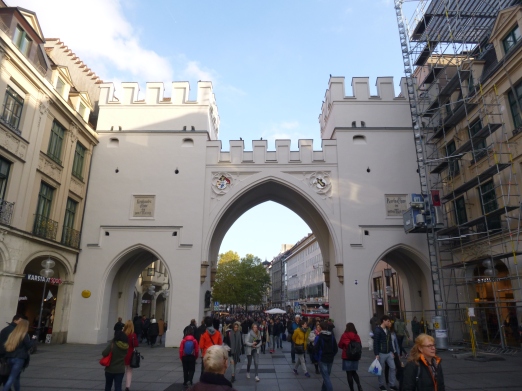 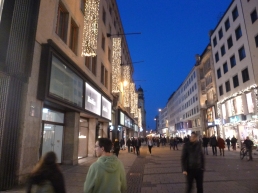 When we finally met up at 8pm they were sparkly eyed and breathless about all the wonderful things they had seen in the Old Town. The people were lovely, there was a proper Bavarian Trachenshop (Costumery) with leiderhosen(!), 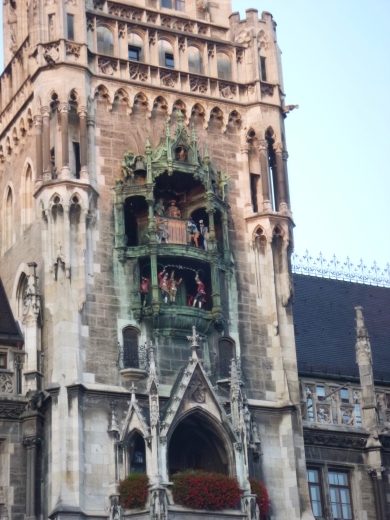 the Rathaus-Glockenspiel in Marienplatz was amazing, and they’d found the Michael Jackson tribute. 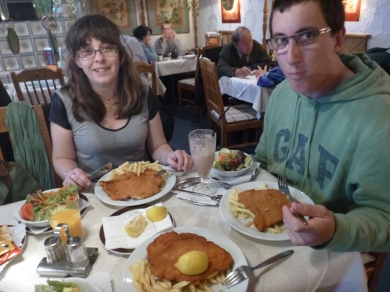 For lunch they’d shunned McDonalds for a little place where you could get proper sachertorte and the waitresses all wore Bavarian national dress; “you MUST see it!” they urged.

So the next day, we tracked down the local Hop On Hop Off bus and set off to tour Munich. It is a very beautiful, old place and a great deal of the world’s great have had a Munich address (Homestead favourites:  Franz Beckenbauer, Markus Babbel, Nick McCarthy from Franz Ferdinand, and Homestead hero Freddy Mercury.) 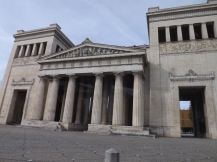 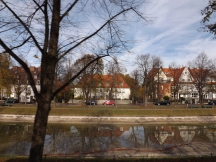 We spent a lot of time at Olympiapark, 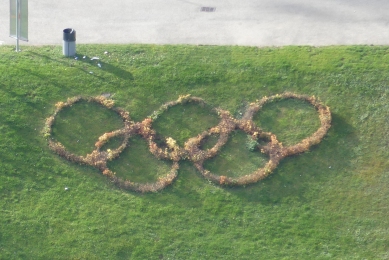 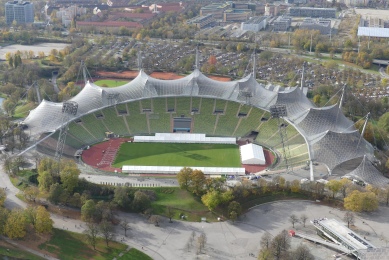 (where there is only a tiny plaque in memory of the 1972 “Munich Massacre”) and took the lift to the top of the Olympic Tower and looked down over the city, Allianz Arena, and the BMW museum. 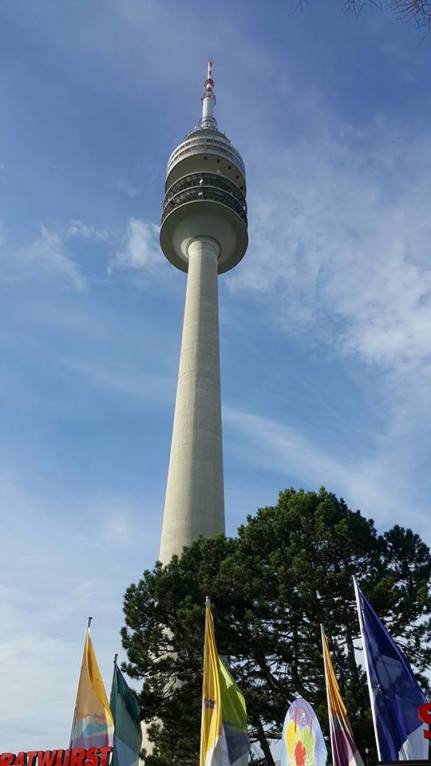 We checked out the Rock Museum which turned out be not, as we thought, a geology display, but instead a  wonderfully haphazard collection of rock memorabilia including a pair of unwashed Freddy Mercury trousers, Elton John’s mirror piano, and a couple of The Beatles’ recording microphones. We wish we had taken photos, but we suspect we were meant to pay admission and the attendants were all a little scary.

Travelling back into the Old Town, we found the sachertorte at Cafe Guglhupf was just as good as promised and utterly worth waiting for. The waitress was lovely and the lady guarding the loos very smiley (as long as you were clutching a coin). Ignore the reviews of rude wait staff and second rate food: it was a highlight of our tour.

We never did manage to persuade The Farmer into a pair of leiderhosen,

but had a great deal of fun trying. Thanks Munich!

Footnote: Belly’s full of delicious Cafe Guglhupf goodies and aching from the whole “Farmer in leiderhosen” hilarity, we wandered back among cheery folk, along those beautiful streets, feeling wonderful about life. Suddenly, the tone of the crowd changed. A barking, amplified voice could be heard. We had stumbled upon a rally of sorts, with full, armed guard and flags bearing a very familiar symbol fluttering.